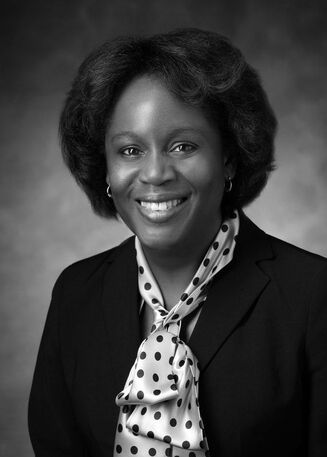 Dr. Brown joined the Department of Neurology at Johns Hopkins University School of Medicine in 2004 working her way up the faculty ranks and was promoted to Associate Professor in December 2016. Her current research interests funded by the National Institute of Neurological Disorders and Stroke, are centered on identifying the mechanisms and consequences of HIV-induced proinflammatory signaling in the central nervous system.

​     She completed a bachelor’s degree in Biochemistry at the University of California Riverside and obtained a PhD in Microbiology/Immunology at the Albert Einstein College of Medicine and entered the field of HIV through a postdoctoral fellowship at the Aaron Diamond AIDS Research Center, where she developed innovative tools to study HIV-macrophage biology and persistent and latent infection of these cells. Her group identified osteopontin, a multifunctional extracellular matrix protein as a putative link between persistent inflammation in the brain and cognitive impairment in HIV-infected individuals. Her lab is currently using humanized mice and in vitro approaches to identify the critical cellular pathways and the molecular mechanisms involved.

For this interview we will be discussing the role of osteopontin (OPN) in regulating inflammatory signaling pathways and function in macrophages and uncovering the molecular mechanisms by which OPN stimulates HIV replication in this cell type. OPN is upregulated in several neurodegenerative diseases including HIV-associated neurocognitive disorder (HAND) however its role in these pathogenic processes is not understood. Studies are underway to begin to fill this gap in knowledge.
​​​
​Read the paper here